Richard Williams on using change as an impetus for growth | Paprika

Download our latest guide produced in collaboration with leading agencies across the sector, discussing how they coped when COVID-19 struck and how they feel these changes will affect their plans. This guide has been produced with extensive research and insight from the industry to enable us to explore the future.

Richard Williams on using change as an impetus for growth 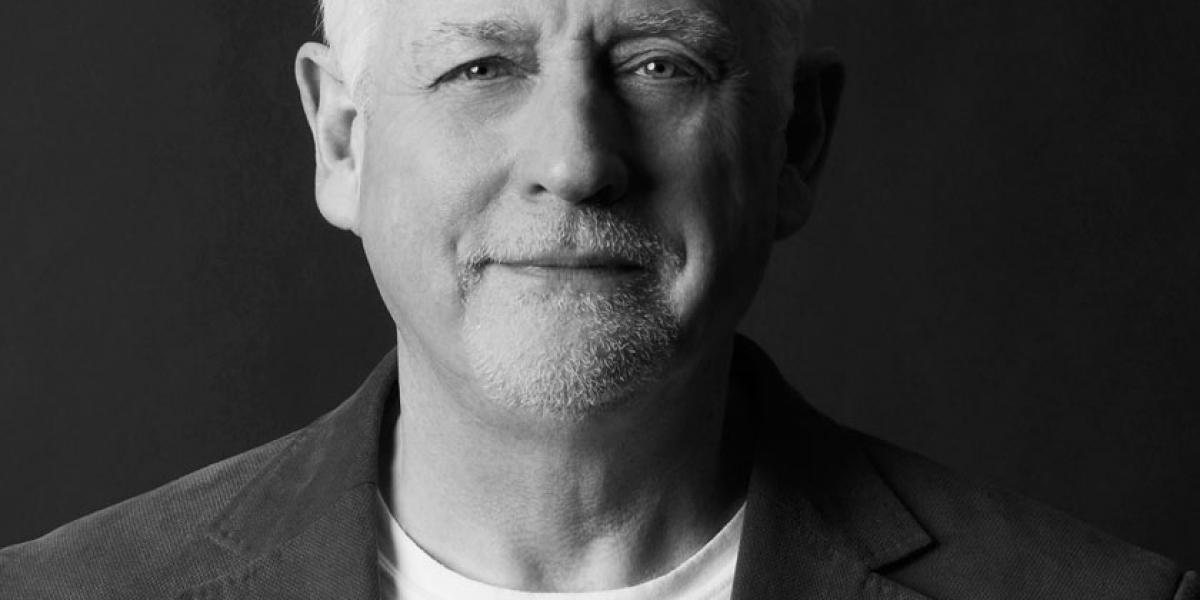 “Change, whether it is forced upon you or you bring it about yourself, is often what creates the significant milestones in a business.”

For Richard Williams, Founding Partner of Design Bridge and then Williams Murray Hamm, change in all forms has been the impetus to take a different, challenging and successful path through life.

Going back to the beginning, what prompted you to set up your own agency?

My first proper job was as an in-house designer for Sainsbury’s, working under Peter Dixon, who was creating a striking, modern look for the business. He was and remains a hero of mine. From there, I joined Allied International Designers, one of the biggest international design businesses at the time. When they ran into difficulties, ten of us decided to leave and start a new company. It was the right time, the right place and with the right people. That’s how I ended up as a director of my first company, Design Bridge.

We had discreet backing from a client and that gave us the space to grow. Those were different times, we had one computer for accounts and lots of drawing boards. Getting a loan of £33,000 from the bank involved an informal chat with the bank manager rather than the processes you have to go through now. It was daunting, but I was 36 and confident that we could make it work and we did. We had some large clients and were extremely successful.

What did you learn from setting up your own company?

The first thing I learnt is how important it is to surround yourself with the best people. That means best accountants, the best insurers and, more importantly, the most talented creative people - preferably young, bright and energetic who will lift you up when it gets tough. I learnt that there are things that people do brilliantly and things that they will be less good at, you must always play to their strengths.

I guess, one other thing I learnt is to ‘stick with it’. We go through hard times but it is important not to give up, even when you find it deeply frustrating.

Then you left and set up another company. Why?

After a few years, it was clear that I wasn’t good for Design Bridge. It wasn’t a great period in my life and I was dreadfully impetuous and impatient and hadn’t learnt, at that time, that sometimes you need to back off and accept that other people do things differently. My attitude meant I was difficult to deal with, and in the end, I fell out of the business. That was the start of a change of emphasis for me. It made me realise that you have to work with others and trust people, and when you have people around you who are better than you, you should accept that and adapt and see it as a positive.

So, Williams Murray Hamm was born. What did you do differently?

Well, for a start, I realised that my fellow founder, the late Richard Murray, was far better at leading the business than I was and I stepped back and let him do that, while I took more of a business development role. It was the same with Garrick Hamm, he needed to do what he did best and I needed to leave them both to it. As the company grew, I was delighted to see them both flourish. Richard and Garrick were younger than me and they brought a compelling vision that kept us going if ever I started to flag. Most of all, I learnt to stick with it, to realise that whatever differences there are, you are worth more together as a team than apart – which is what I refused to see at Design Bridge.

How did Williams Murray Hamm develop?

To start with we had the bravado to follow our instincts. We actually sacked our only client because we didn’t feel they really wanted what we were offering. That was a bit difficult, but we’ve always said that a principle isn’t a principle until it costs you money.

"Over the years, we have tried to take clients out of their comfort zone, to deliver something they are not expecting and to encourage them to see things differently."

Some clients don’t want that, but we soon hit our ‘sweet spot’. People started to see our work and one thing led to another. One moment we were working on brands such as Hovis, Jaffa Cakes and Flora margarine, then Barclays Bank came knocking and we did their identity.

It was important then, and it still is, that we were true to ourselves and didn’t get swept into producing mediocre work because that was what the client wanted. We weren’t interested in that, but it’s easy to let your integrity slip and take the easy route sometimes. We stood firm and built a branding agency that was eventually in a fantastic position to sell and via a circuitous route, we ended up part of Writtle, a marketing services group with an international client base.

Has Williams Murray Hamm changed since it became part of a larger group?

Writtle are very good at leaving us to do what we do well, so it doesn’t feel very different. Sadly, shortly after we were acquired, Richard Murray died very suddenly at just 44. Although we had insurance in place to cover the financials of such a tragedy, the truth is that losing a founder hits the business incredibly hard. Other people can be committed to what you are trying to do, but someone like Richard was part of the very fabric of the business and losing him was not only devastating on a personal level, but it changed the whole dynamic of the company. However, Garrick and I stuck together and, in spite of the terrible loss of Richard, we came through it and I think our work is creatively as strong as it’s ever been.

We’ve carried on developing in the way we want to and have access to a far larger client base as a result of being part of a larger organisation. I am mostly retired now, although I still have close links with the business and hardly a day goes by when I don’t speak to the team.

Looking back to the early drawing board days through to the way we work with technology today, which era do you prefer?

I’m going to wimp out and say both. Life was simpler at the start, dealing with clients was much more personal, you got to know them well and you felt that they lived and breathed their brands, which is not always the case these days. And things like getting that first bank loan would involve considerably more paperwork and effort now. But then I think about what we do today, when graphic design is more than creating an image for mass print production as it was then. Now, we need to think about videos, social media and all forms of marketing, and that’s great fun. We produce some fantastic films for our clients and I’m very proud of what we achieve. I love all kinds of media, and actually, the overall aim of a branding agency is the same now as it was then, to create something that engages people, surprises them, makes them smile or stops them in their tracks. It’s the same goal.

What is the thing or moment that you are most proud of?

It has to be Williams Murray Hamm. I have never lost my love of Design Bridge or Williams Murray Hamm, that’s what it is like when you’ve started your own company, it’s always in your heart. But starting a second company was different, I was older, more aware of my responsibilities and encountered more obstacles, but we made it a success.

I learnt to expect the unexpected – the loss of Richard being one of the most devastating, and also when our offices in Clerkenwell flooded thanks to a sewage pipe bursting in an office above. We were two inches deep in effluent, but we got on with it, found alternative emergency accommodation and were back up and running the next morning. That’s the kind of thing you learn to do when you’re your own boss.

Finally, what do you think the future will look like for agencies? Do we have to rethink our way of working?

I hate the term ‘new normal’. The pandemic has changed our interactions with people and that is impacting our work. With clients, it’s hard not to be able to meet them, shake hands, talk face to face and feel the energy when working on a project.

In the studio, people learn from each other. Firstly, they can share knowledge and ideas, feed off one another and bounce ideas around. Also, younger people will learn simply by observing, from overhearing a more experienced colleague conducting a phone call, or just through conversations in the room. All that is something you can’t replicate. We need people to learn from more than Zoom meetings.

I think we will, eventually, pretty much go back to where we were. As I’ve always said, we are better together than apart.